Bring Your Images to Life. Choose Custom Sizes up to 5x10ft.
Click Here to Read Our 5-Star Reviews

Chicago is a brick town. From the moment the Great Chicago Fire swept through the city and the people were forced to rebuild, we were sold on the strength and durability of brick. Bricks are something all of us walk by every day and one man has documented what amounts to a visually stunning collection of the architectural elements.

Will Quam, originally from St. Paul, Minnesota, has lived in Chicago for four years. As a professional, Will is a teaching artist for theaters around Chicago. He is also member #1709 of the International Brick Collectors Association, is a local photographer whose images were on the Spring 2017 cover of the association’s quarterly journal, and was featured in the Chicago Tribune after his Instagram blew up. Most importantly, Will Quam a self-professed brick obsessor. 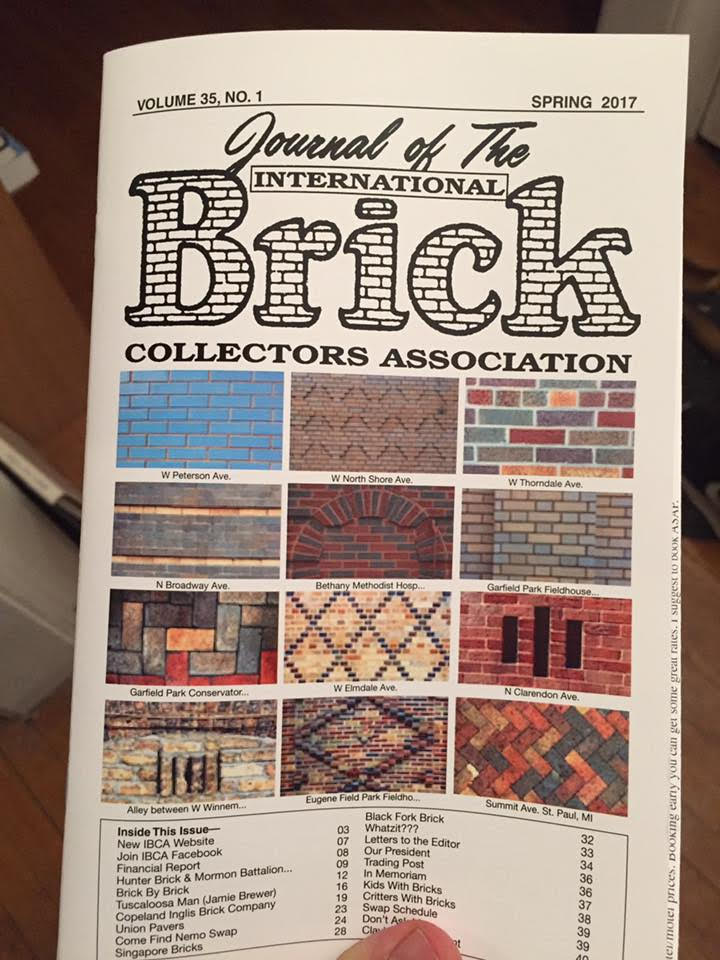 His passion began after reading a book titled On Looking: Eleven Walks with Expert Eyes by Alexandra Horowitz. Inspired by the idea of seeing the world differently, he aimed to become an expert in one specific area. He already knew a little about brick, but his desire to learn more grew quickly after he built a Chicago tour for the Chicago Home Theater Festival around brickwork in the city. “I decided to have people notice the brick and touch the brick. A lot of times, newer brick will be bigger. Older bricks are much smaller, hand packed. When they’re extruded they have some interesting patterns scored into them or rolled across them.”

After he started photographing bricks around the city he started his Instagram and website, Brick of Chicago. As he took more photos and his Instagram’s popularity grew, he researched more about bricks, allowing his perspective of the city to expand. One thing he’s noted from his experiences is that the beauty lies in the composition of the brick. “On a newer building all the bricks are the same color and are really big so there’s less chance for variation. On an older building, the bricks are a lot smaller so there are more of them. When you’re looking at a picture, you see more pixels and in those pixels you see variation. That variation makes the brick more interesting to look at.” 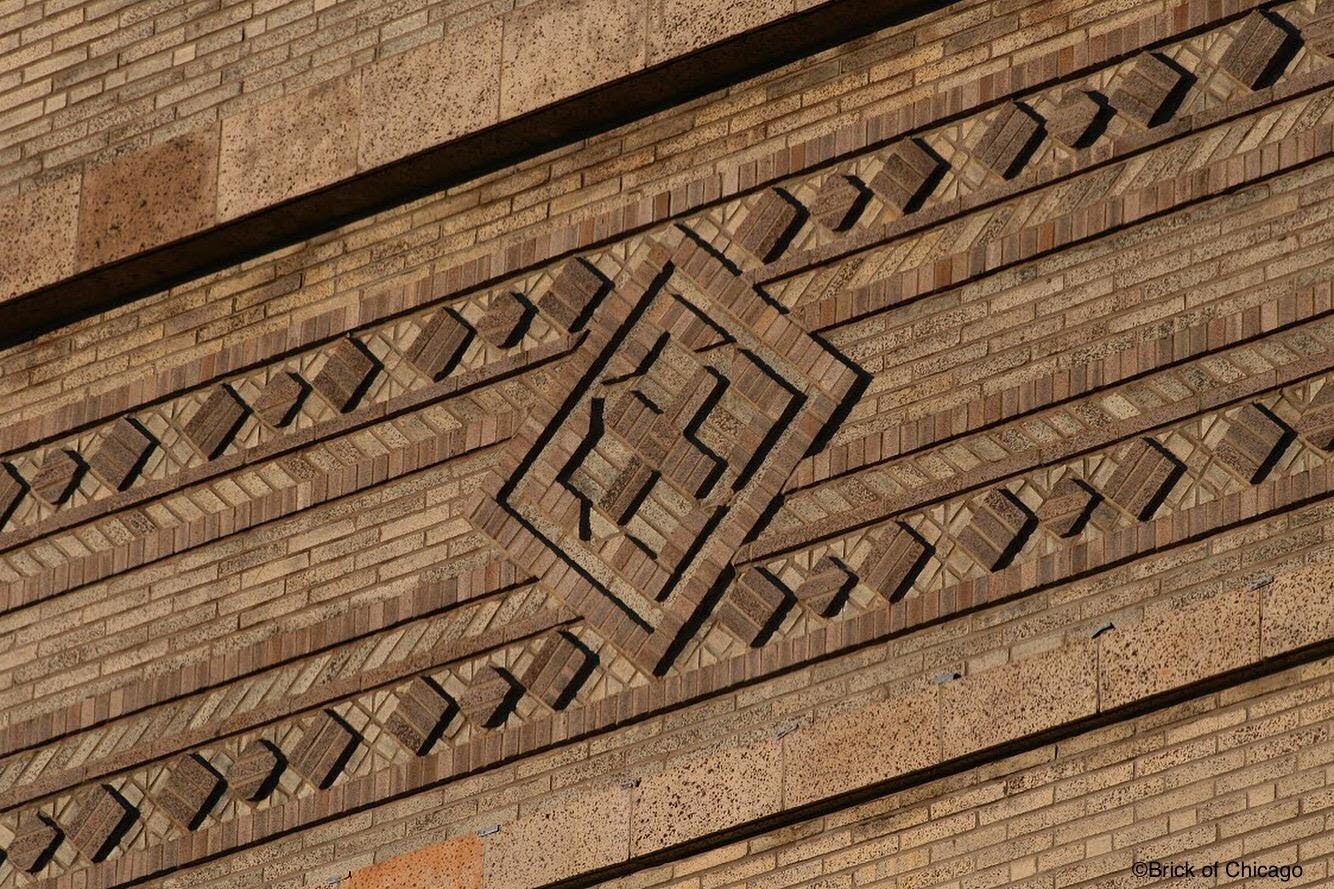 The brickwork at Trumbull Elementary School

Will is the ideal study in learning though observation. His free time is spent exploring the architecture of the Northside of Chicago, photographing everything from the Egyptian Revival ornamentation and polychromatic brickwork of Trumball Elementary School to the wall bordering Graceland Cemetery. A revelation occurred as a result of his growing knowledge when he saw something new in the wall, “There’s a big long brick wall. I’m walking by it one day and I realize ‘this is Sussex bond!’ I had read about it, I knew it existed, but I had never seen it in the wild. Suddenly, here it is in this wall I’ve passed a million times.”

During his explorations, Chicago has revealed a treasure trove of hidden gems including the inspiration for the photo we printed for him. “I love the Garfield Park Observatory. I’m walking around the conservatory and I start paying attention to these pavers. There are certain ones stamped with ‘waterproof.’ Some of these these old beautiful brick pavers have so much character from constantly being walked on. This photo caught my eye because the pavers had been a charcoal and in a couple feet they became red. They’re laid in this pattern, what the Romans call opus spicatum, or herringbone. At the point where they meet and the point where I took the photo, laid a single golden paver in the middle. It was framed perfectly.” 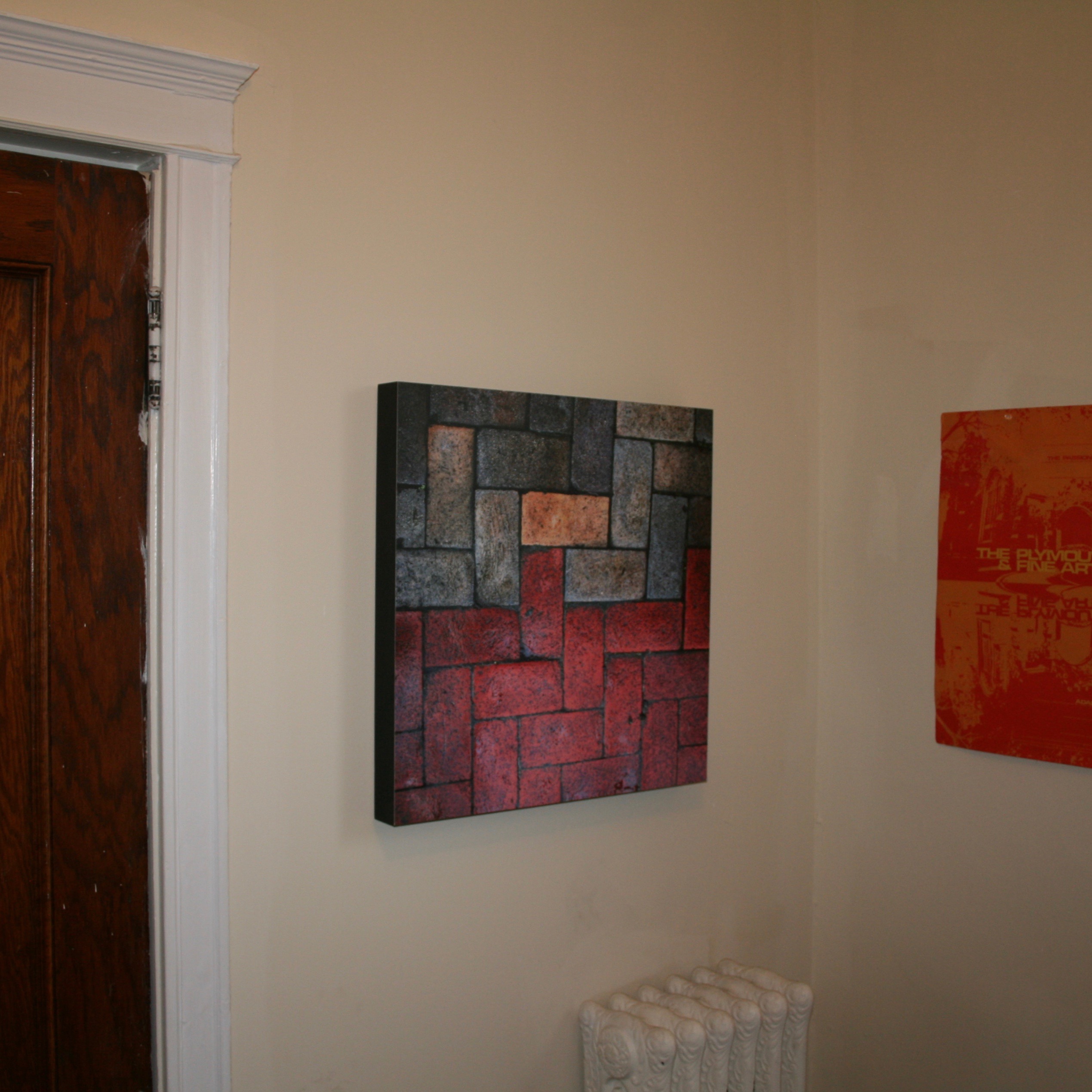 Diving into this hobby, there was no telling that it would garner attention or open new doors in Will’s world. His knowledge and passion for the brickwork of Chicago earned him an interview with Chicagoist and the Chicago Tribune. His photos were even purchased by the Trade Institute of Pittsburgh. Will states that he found his own community by becoming more aware of his surroundings. “If you pick one thing to learn about, you suddenly notice it everywhere.”

Will Quam's photo was printed into a 24" x 24" Gallery Box Frame. You can turn your own photos into art like this by clicking through below!