Telling the Story of a Podcast Start-up

When Artmill creates wall art for businesses, we handle that project knowing the final product not only represents our efforts, but also the company ordering it. We’re helping to tell the story of each company’s history and growth through the creation of office art. In the case of David Moss and Paige Koteles of Evergreen Podcasts, we’ve been with them from the beginning to the extent we’ve become a touchstone in their company story. “We’ve made Artmill’s product a part of our culture and how we celebrate our creative programming.”

Based out of a suburb of Cleveland, Evergreen Podcasts and The Front Porch People are a podcast company network. Paige describes The Front Porch People as their more conservative programming, which features shows like Novel Conversations where hosts talk about classic novels and The Sound of Movies where they discuss music within cinema. Evergreen is the more provocative programming and showcases Riffs on Riffs, about music sampling, and Retrotone News, where David delivers today’s news under his 1930s broadcaster persona Rodge Bigsby. David noted that Evergreen launched just last October and are already growing their catalog to include more partners. “It helps us expand our overall footprint. We are on the front end of that second wave of podcasting. It’s another Golden Age of broadcasting. It’s an adventure!”

“We’re definitely a start-up environment. We share what we’re excited about and always expanding on each other’s ideas. We’re here creating it from the ground up.” Paige and David have realized that as their partnerships have expanded, their branding has also quickly evolved. This lead to the idea of creating office art that represents their shows. In the past months, David and Paige worked with Artmill to produce several 20 x 20” Plaquemounts to include as wall art in their office and to gift their new partners. “Now, every time we receive a new order, it commemorates that we got a new show.”

“I could just tell that Artmill cares about their work. They have a nice way of presenting the types of product and the more I thought about it, it was priced to value. And you don’t feel like you’re ordering from a machine. It was a very personal experience.” The Plaquemount has become a regular part of Evergreen and Front Porch People’s office culture. When a new show enters their foray, they create a Plaquemount that features that show’s branding. When their first batch came in, they were impressed. “We thought, ‘whoa, these look really good.’ They had a nice satin finish.” 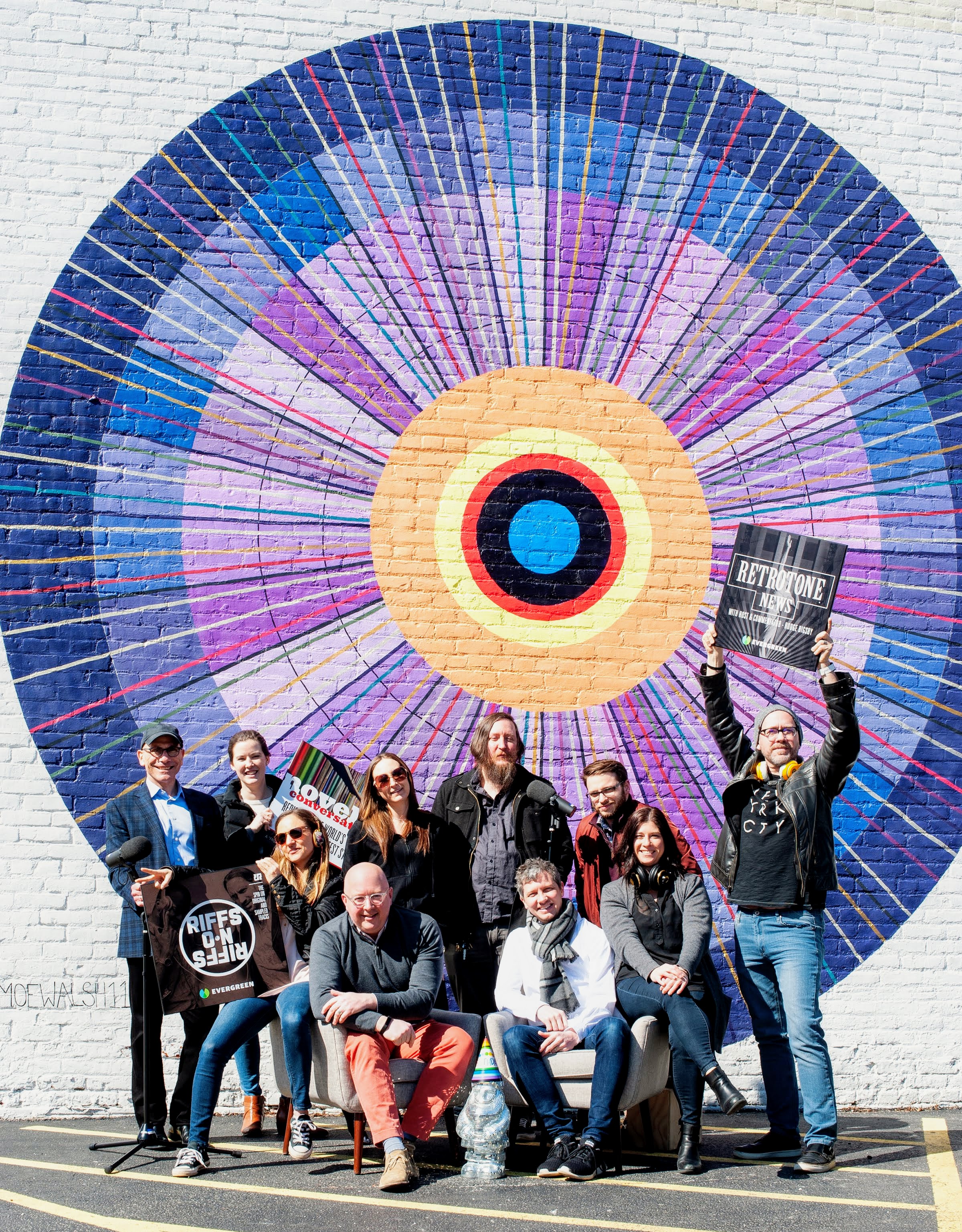