Shooting "The Bean" with Kevin Cobos

Kevin Cobos is a distinctive shooter who carefully weighs his choice of angles and lines. “I go for the angles that work best. I’m a huge fan of symmetry.”

That style informs his shot of The Bean to a tee. He woke up at five in the morning to thick fog across the city. Wishing to capture The Bean in the quiet solitude of these conditions, he grabbed the bus and sprinted to the normally bustling tourist destination, only to find one lone soul also taking photos. “It’s very cliché. Everyone goes to the bean and gets the photo with a hundred people. No one gets it by itself, so I was as annoyed as this tourist wandered through the shot.” 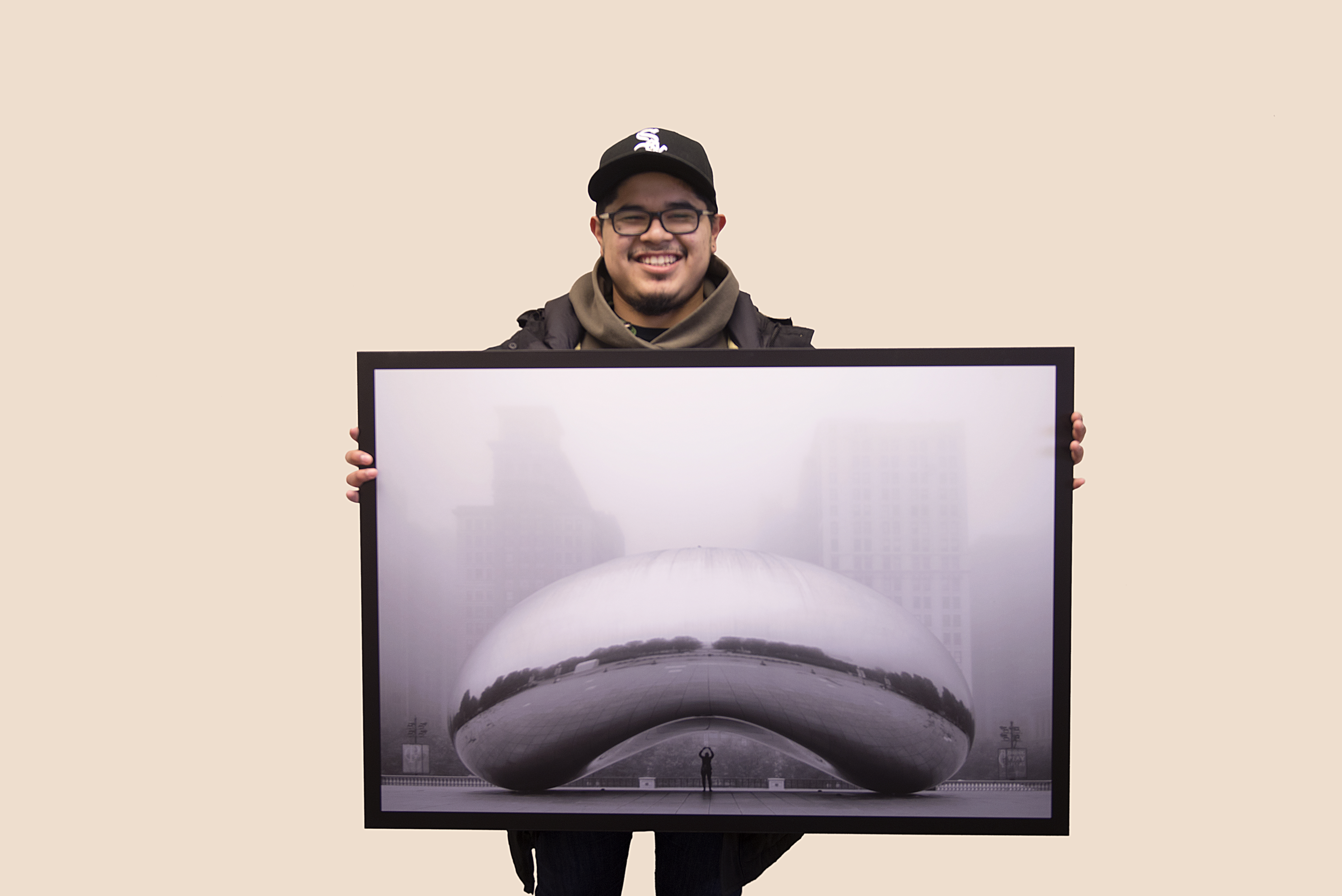 Cobos’s expectations were low when he grabbed a series of the shot on his Sony A7II. However, after reviewing the photos in post, the disparate elements came together into something almost poetic. “At first I didn’t think much about it. There’s a bird just resting at the top of the bean. That one guy, the way he was silhouetted; I thought ‘whoa this is crazy.’ And then the fog looked better in black and white. It adds such mystery.”

While there is meticulous thought that goes into his photos while shooting, there is just as much consideration dedicated to his work in post. He described that he frequently goes in post to remove small objects or layer his photos. As a purist, he still stands by engineering the image when capturing a photo, “There are times when you take a photo and you think it looks amazing only to find out later that it’s out of focus. I realized there are a lots of things that are easier to fix while taking the shot.”

Cobos regularly captures architectural shots around downtown Chicago. His favorite spot is the food court of the Thompson Center, where he encourages other to capture a “look up” shot. He is fascinated by the depth of the building and the way the light plays through the windows. “It’s different every day. One day it can be cloudy and there’s even light. If it’s sunny, half the light has hard shadows and the other half is totally exposed.”

As he’s grown as a photographer, he has experimented with printing. To budding photographers, he advises getting your work printed to see if edits make sense on paper; check if blacks are too dark or if whites are highlighted too light. This may be partly why he enjoys working with Artmill.com. “It’s easy to use Artmill. The editing tools made it super simple.”

He says that printing your artwork can help you push through a creative block as it changes your perspective about how you shoot and for what reason. He notes that those who only shoot for Instagram may lose sight of their creative purpose. “Every trip that I’ve taken I’ve thought about what I want to shoot. Some people shoot photos for Instagram and nothing else. People who think about likes and comments, they don’t enjoy what they’re doing. Think about shooting for yourself or someone else. Shoot what you want.”

Whether you’re a pro photographer looking to print their work or an enthusiast who wants to turn their pictures into art, you’ll find the perfect options with Artmill.com

You can find Kevin and more of his photos on Instagram at kevo.29.