We love hearing when our customers are excited about their artwork. Kristianne Riddle was so excited about her finished Artmill wall art that she directly reached out to us, giving us the chance to learn about her background and her stunning ocean photography exhibition from this past year. 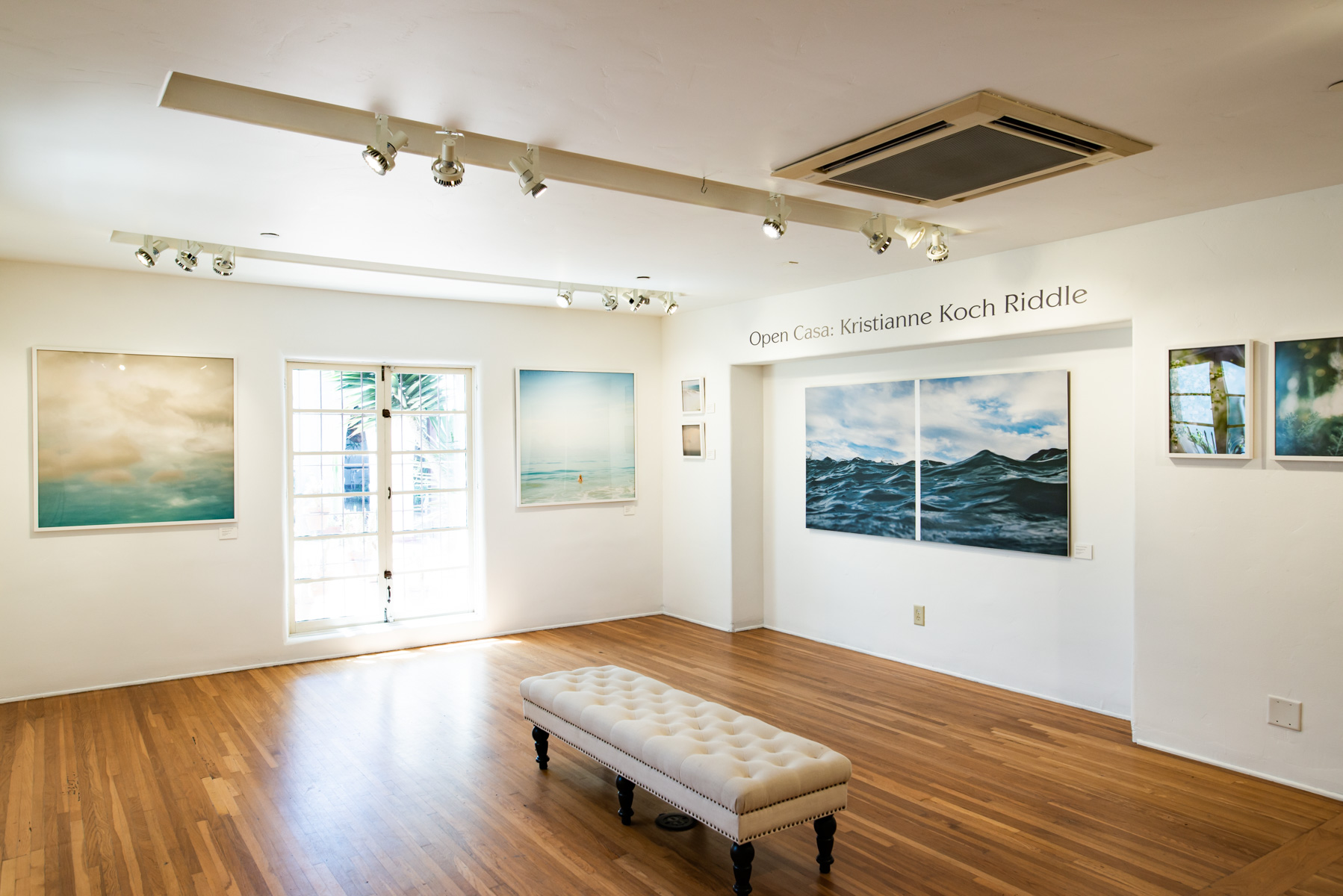 Kristianne possesses a lifelong passion for photography. She graduated with a Bachelor’s degree of Fine Art in photography and has been working as a commercial photographer for a number of years. When she was tasked with mounting an exhibition of her photography, she worked with Artmill to create the final exhibition pieces. “I never had anything mounted that big. I love the finish. It was a really good fit for me.” 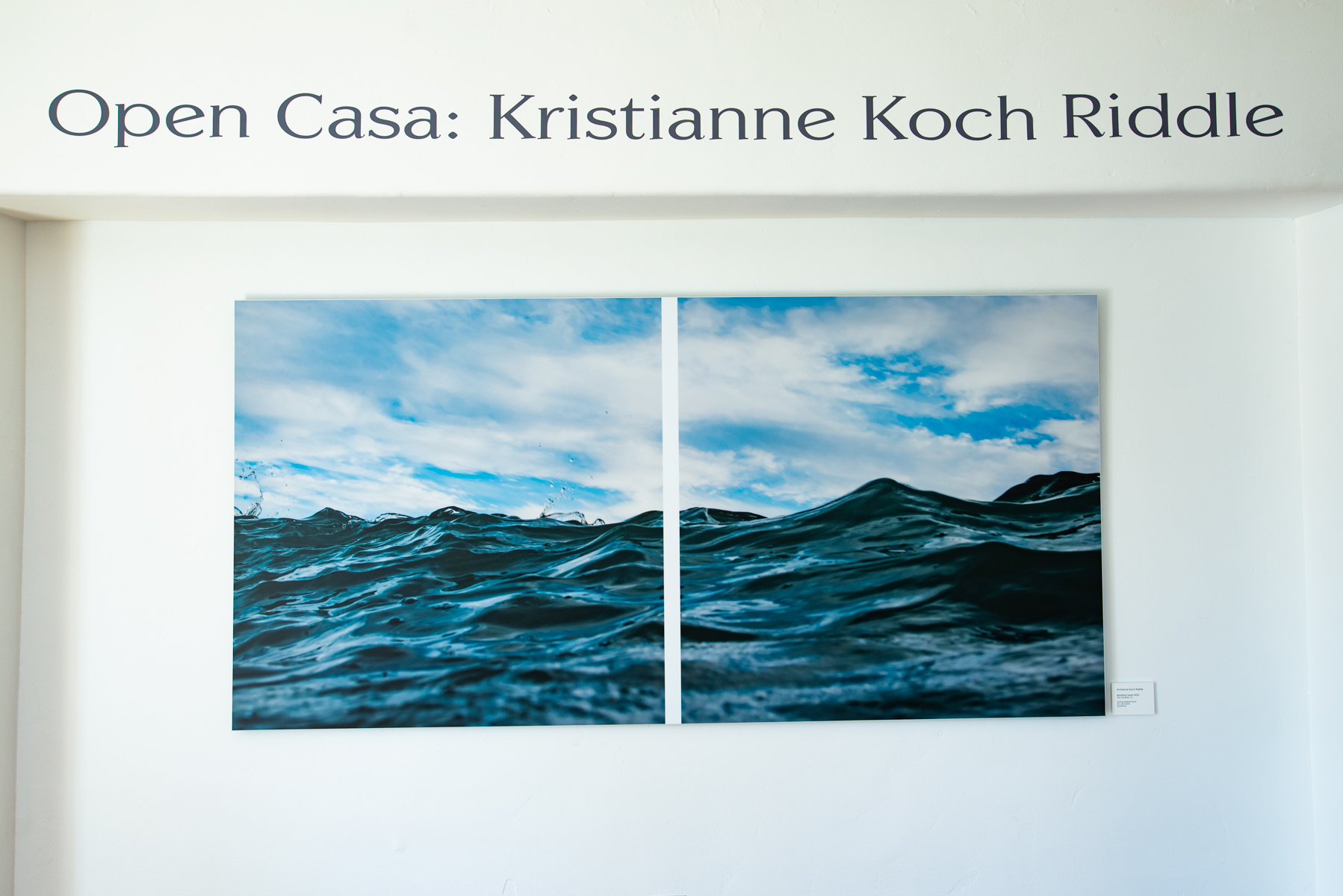 The image that set her on the path of an ocean photographer started with a seven month sailing trip around Tahiti. Kristianne and her husband had been sailing for about three to four months. They were the only boat anchored in a remote atoll, so they were caught off guard when something thumped against their boat at two in the morning. Armed with a flashlight, they discovered the boat was hitting the topmost shelf of a reef. They pushed off and when inspecting the boat the next day, Kristianne brought her camera. “I was just taking pictures of him inspecting the hull in the water. The photo was above and below the water and there was bokeh and there was just a hint of him in the background. I didn’t process the film til five months later, so I didn’t know what I shot at the time. When I looked at the photo I realized this was what I wanted to do for the rest of my life.” 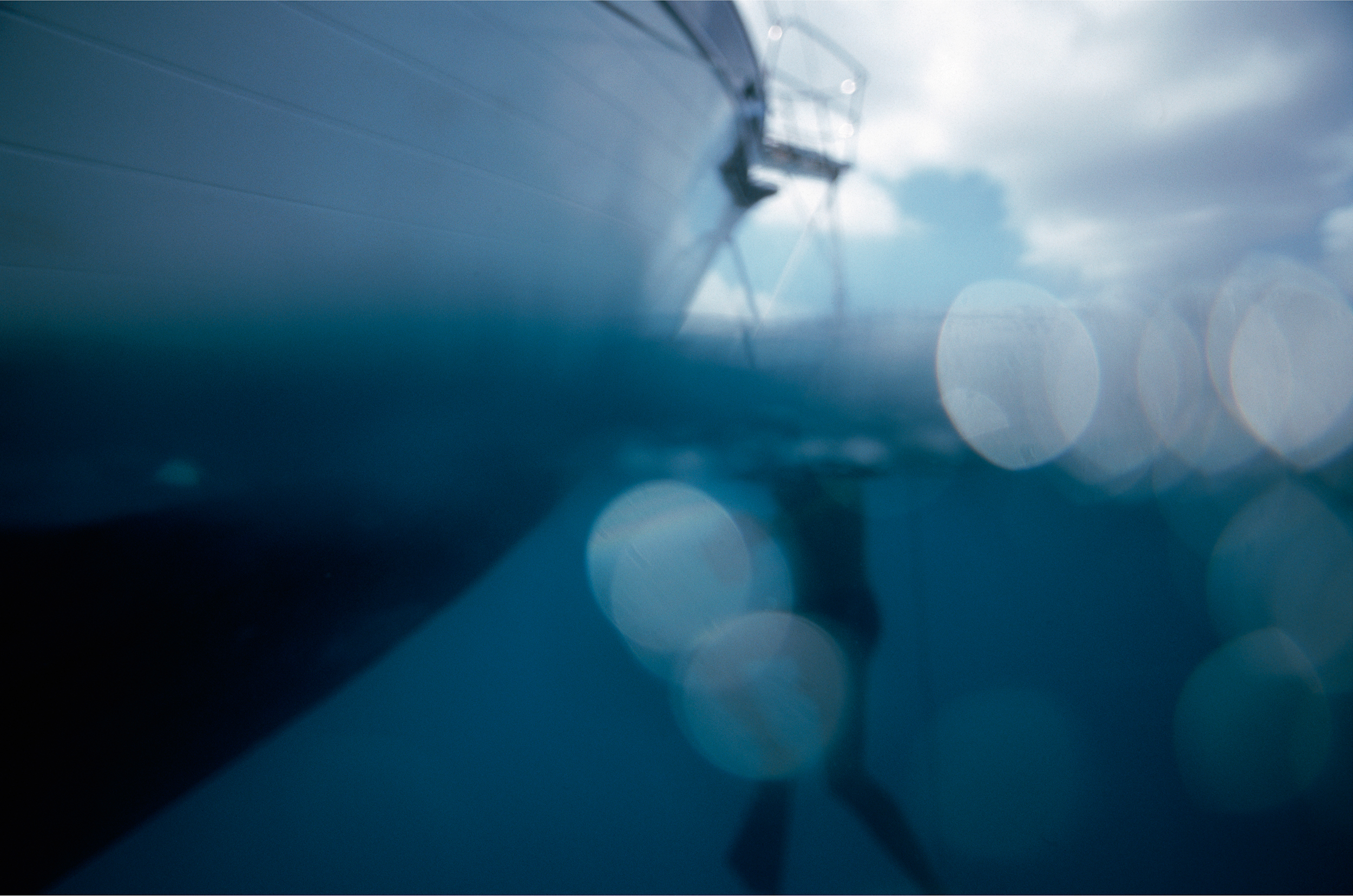 “I’ve spent the last thirteen years focusing on ocean photography, growing up in the ocean, and coming back to it as a place.” The photos Artmill helped her turn into Floatmounts are part of a solo exhibition that she was asked to do for the Costa Romantica Cultural Center and Gardens in her hometown of San Clemente. “The diptychs tell the story of the freedom I had when I was sailing. I was in the middle of raising two little kids and feeling stuck and trapped. I created images in the ocean while they were playing in the water. I could still do my work and they could still have the experience that I wanted them to have in the ocean.” 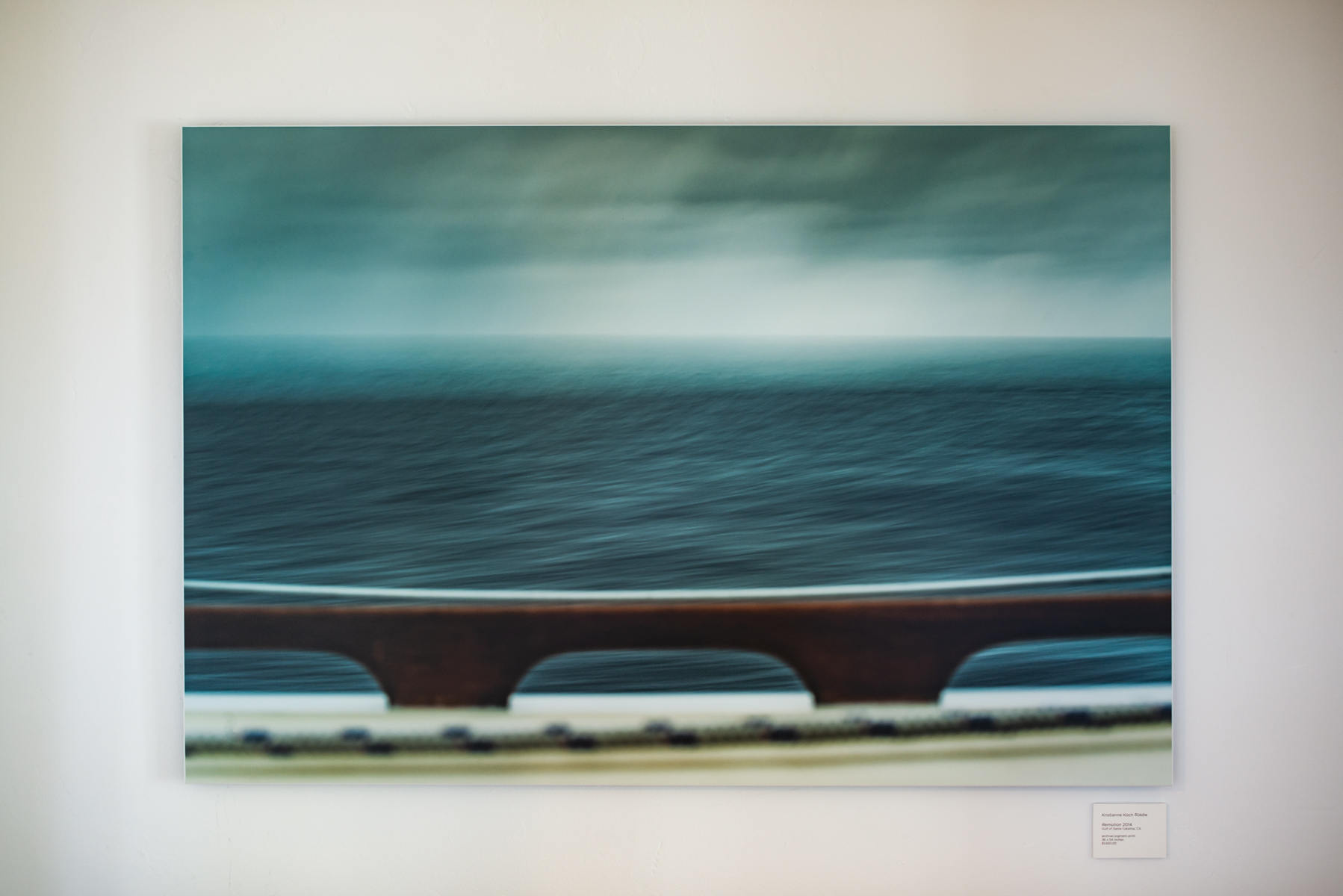 Kristianne cultivated the exhibition over a period of seven months during which she chose a unique selection of images of the ocean shot from her boat, underwater, and on the shore. These ultimately became the series Vessel, Subliminal, and At The Edge and were printed to Floatmount sizes ranging from 54” x 36” to 82” x 40”. “I wanted the ocean to go on forever. That’s why I chose the Floatmount.” 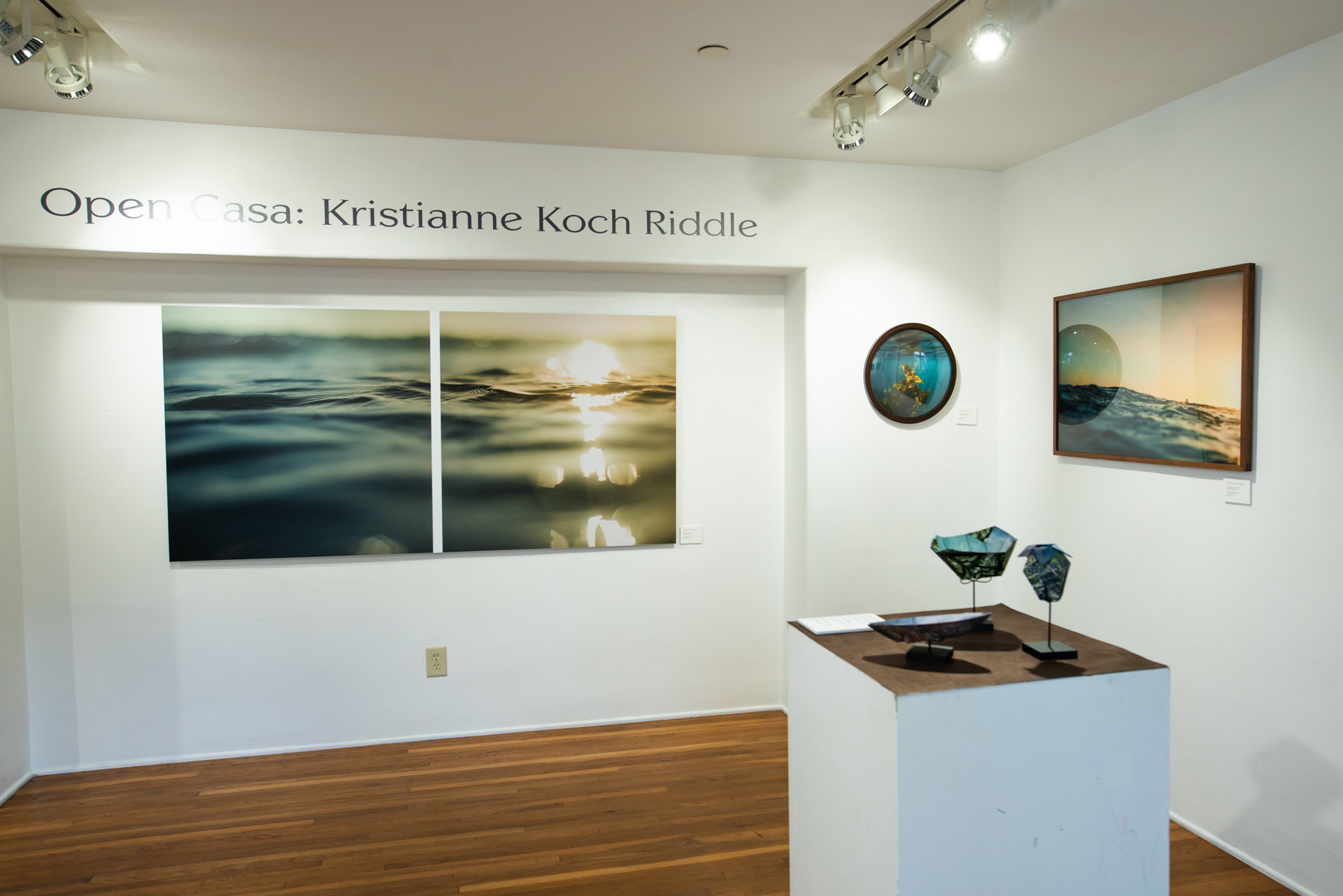